Wayne grew up on the island of Barbados in the British West Indies where he started his passion for tennis.  After migrating to New York in 1969, Wayne relocated to Southern California. It is here where his tennis career turned for the better after taking instruction from former professional tennis player, Phil Dent.  Wayne played in many tournaments in California, including the prestigious Adoption Guild Doubles tournament where he won.  Wayne also won his club 5.0 doubles as well as the Senior 4.5 USTA Nationals doubles tournament.  Wayne is currently certified by the United States Professional Tennis Association (USPTA) and has been teaching tennis for over 45 years.  Wayne can be reached at Rollockwayne392@gmail.com

Originally from Santiago, Chile, Giorgio moved to the USA at an early age where he developed a passion and a love for the game of tennis.  Giorgio's tennis experience include many junior tournaments before enrolling at Tyler Junior College Tennis Tech Program in Tyler, TX where he became a Certified Tennis Professional through the PTR.  Upon Graduation, Giorgio moved to Germany where he started his tennis career.  In 1987 Giorgio moved to Houston in search for a teaching career.  During his 39+ years of experience, Giorgio has coached from the very beginning level to former ATP and WTA Professionals,  Giorgio is currently married to his lovely wife Maria for 23 years and resides in Katy.  Giorgio's hobbies include cooking and he is an ordained minister.  Giorgio also serves as Youth Leader at Calvary Chapel Houston Metro.  Giorgio can be reached at TennisPro@riverstone.com 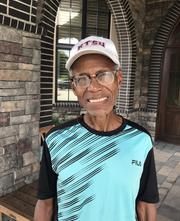 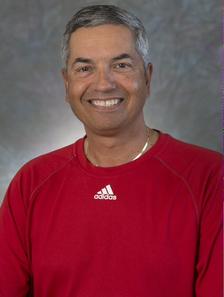